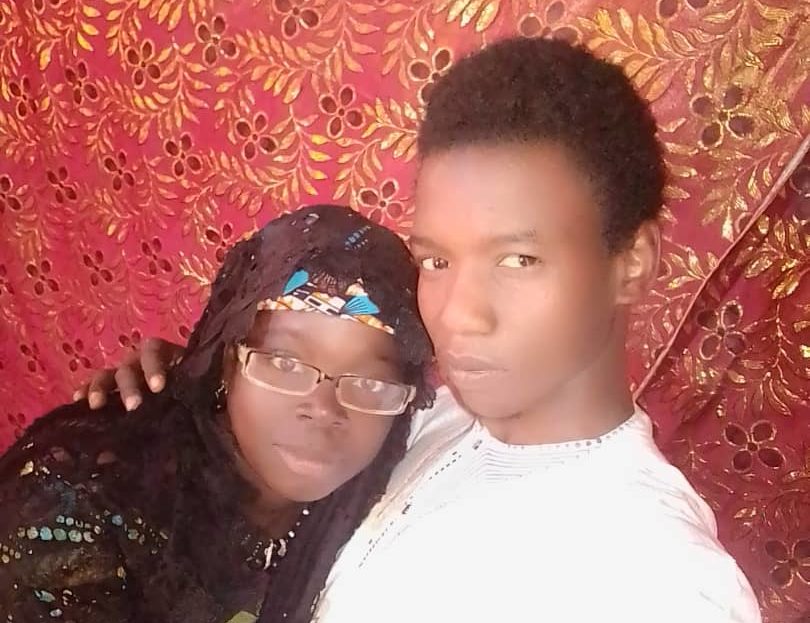 Project Details
Anyone visiting Sub-Saharan Africa countries has witnessed street children roaming the streets, gathering at street corners, traffic lights, gas stations, rail and bus stations, and begging at their taxis, tapping on the windows. They grow up aimless, homeless, without medical care and are drawn to banditry, drugs, and criminal activity as they become the pawns of thieves and drug dealers. These children, both boys and girls, often come to the street with diverse backgrounds and problems. Some problems are psychological, others are physical and some children have chronic illnesses. When they come to the street, they become exposed to other dangers such as drugs, sexual exploitation, violence, banditry, crime and classified as juvenile delinquents. They do not have access to basic hygiene, proper habitation, food, medical care and protection as per the United Nations Convention on the rights of the child adopted by the United Nations General Assembly in 1989 and the Universal Declaration of Human Rights (UDHR) that was proclaimed by the United Nations General Assembly in Paris on 10 December 1948 (General Assembly resolution 217 A).

I. STRATEGIC CONTEXT
A. Country Context Cameroon is a lower-middle-income country with a population of over 25 million (2018) living on 475, 000 Km2. It is located along the Atlantic Ocean in the southwest and shares the borders with Nigeria in the west, the Republic of Congo, Gabon and Equatorial Guinea in the south and with the Republic of Central Africa and Chad in the northwest. With more than 230 ethnic groups in Cameroon, about 69% of the population is Christians, 21% are Muslims and 10% believe other religions. Monogamy is common, but polygamy also exists. Cameroon’s official languages are French and English. B. Sectoral and Institutional Context While gender situations in Cameroon vary by region, ethnic groups or religions, the gender division of labor is persistent, in which men take the productive and public roles and women take reproductive and domestic roles. Traditionally, a woman’s life is mainly in the domestic sphere, and rarely in the public sphere. According to the National Direction of Statistics 2007, women headed 26% of the single-family households in the country.

The education sector disparity between women and men has declined in general, but the gender gap is wider in the higher levels of education (World Bank data, the primary net enrolment was 97% for boys and 86% for girls (2012); primary completion rate was 76% for boys and 68% for girls (2014); lower-secondary gross completion rate was 41% for boys and 38% for girls (2013); and tertiary gross enrolment rate was 14% for boys and 10% for girls (2011). To confront these gaps, GivHOPE enrolls street children’s infants and above in nursery, primary, high school and university. GivHOPE encourages dropout youth to continue to go to school (both boys and girls who could not pursue their education - high school and university - due to parents’ death or extreme poverty). For example, GivHOPE seeks sponsors who can pay for their tuitions. For those who want to do handicraft in vocational or apprenticeship centers, GivHOPE looks for good centers. This is how GivHOPE strives to raise the level of education of its target groups and to empower them.

The health sector in Cameroon suffers from numerous constraints that hinder economic development because of the lack of health infrastructures, services, facilities, late decisions of the patients to seek medical care. Children and the youth are more subject to frequent health shocks than men. Almost all street children GivHOPE meets on the street have a disease: malaria, sexually transmitted infections, tuberculosis, itches, wounds and incurable diseases such as HIV/AIDS. GivHOPE takes them to the appropriate health care centers for treatment and pays for medical tests and medications. GivHOPE also supports its other vulnerable people in terms of health care, nutrition and shelter. Youth unemployment is acute, undermining the political and economic stability of the country. Rural youth (18 to 35 years) face many employment challenges. They are mostly uneducated and lacking professional qualifications. The problem of youth unemployment is severe: in 2014, 25.2 percent of youth were unemployed. Given the lack of job opportunities, particularly in rural areas, youth unemployment threatens to undermine the country’s political stability, particularly within the present context of the civil war in the two Anglophone regions and religious extremism (Boko Haram at the Far North of the country). Hence, to avoid the instability and violence currently experienced by Cameroon, the focus should be on providing economic opportunities for young people and their families so that they can remain in their communities, hence avoiding rural exodus.

To confront these challenges GivHOPE strives to help out in many ways: (i) Encourage them to go back to school or learn a technique such as office technique or handicraft or home returns with accompanied measures after the street; (ii) Reinforce their skills and give them funds to start or expand their businesses; and (iii) Find them a job in the private sector. Its a multi-faceted approach to the pitiful plight of street children lays emphasis on support and care for their rehabilitation and reinsertion into their families and assistance to overcome their vulnerability through capacity building and funds for income generating activities or vocational training or apprenticeship for others. For those who are sexually abused, drug addicted and psychologically traumatized and need psychological assistance, medical care is provided.

432 street children among whom 44 young women and 300 abandoned youth found shelter under GivHOPE and saved from extreme misery. Their arrival on the street is mostly the result of a conflicting family history: bereavement, divorce, parental remarriage, alcoholism or corporal punishment. Family and community breakdown, often against a background of impoverishment, leads children to leave their homes, their neighborhoods, their villages and sometimes their towns.

II.PDO Level Indicators Key Performance Indicators (KPIs) include:
a) Increase in the economic activities of targeted groups achieved by primary project beneficiaries;
b) Increase in the number of target groups reached, including women and youth, targeted at 100 percent;
c) Beneficiary satisfaction rate with the quality of project-supported services;
d) The number of target groups rehabilitated and reinserted into the socioeconomic arena.

III. Detailed Project Description
The project will address the profound needs of the street children once they are off the street and their families by filling three main gaps: Training, empowerment services, and financing. It will improve ex-street children’s living standard and provide support to their families through income-generating activities and access to finance for private initiatives. Another project thrust expected to be behavioral transformations upon their home returns. The objective of the project is to Increase street children and their families’ productivity after their withdrawal from the street through income generating activities, access to basic needs (Education/health, shelter, food), job placement and advocacy/consciousness campaigns. The project design is predicated on a multi-pronged approach focusing on the following areas:
a) GivHOPE priority is to make sure those children and their families or communities it works for have access to basic needs (Shelter, subsistence, education, health, employment) and builds up individual responsibility with a sense of pride, achievement and hope to live a better life.
b) Selected geographical areas: Project support will be focused on areas where extreme poverty hits the most among the youths and their families. 5 administrative regions have been selected for project implementation: Adamawa, Far North, North, Littoral, and the Center of the country (Ngaoundere, Maroua, Garoua, Douala and Yaoundé). The selection was based on the overwhelmed flux of street kids and their families from these areas and a potential predicated twin set of criteria: hope and access to education/health structures striving for a high degree of new life opportunities.

The project will support cross-cutting priorities, inter alia, capacity building, empowerment of ex-street children, and adherence to minimum living standards. It will also promote self-employed activities through financing of micro-projects and contribute to finding appropriate solutions for their personal development and their families in the country. In this vein, the project will seek to improve exstreet kids business environment, including the implementation of the new selling techniques such as E-commerce, to engage at all levels of the targeted domains by encouraging women’s participation in the commercial arena and facilitating access to finance.

Project implementation will be sequential to avoid possible overcrowding of activities. The project tasks will be prioritized, and their implementation sequenced overtime per GivHOPE capacities. The approach will be to apply upfront important initial activities to ensure full project readiness for implementation; remaining activities will be appropriately spread over time as project implementation unfolds. Income generating activities - Phase One: We make sure each ex-street youth is self-employed through the financing of their small businesses or he/she goes into apprenticeship or to vocational training centers. If you want to use credit card or Paypal to make a donation at the Benevity website, we will automatically receive 100% match.
The website provides step by step instructions on how to pledge at https://mygoodness.benevity.org/community/search?query=givhope&country=1 20 .
A World Bank ID staff member is needed for retirees or for active staff members.
FEATURED POSTS