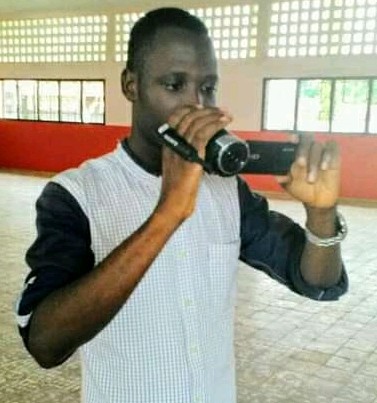 
GivHOPE Africa entered Ivorian lands by siding with some young people and vulnerable mothers in the Yopougon neighborhood who had lost their business activities during lockdown due to the corona virus pandemic.

GivHOPE Africa-CI is weaving its web in the landscape of Non-Governmental Organizations in Côte d’Ivoire. And for proof, three months after its grants awarded to young entrepreneurs, the results are palpable and the expected impact positive. They were among four young people who had benefited from a grant on March 8 in Abidjan (Yopougon Division) to boost their income generating activities. This grant was part of the launch of the activities of GivHOPE Africa Ivorian representation in Abidjan.

The beneficiaries whose activities were hit hard by the corona virus pandemic were able, thanks to this help from GivHOPE Africa, to breathe new life into their income generating activities. “Ruth Espérance Kouakou, a cookie saleswoman, testifies in these terms: My sales have increased by 40 percents”. The same results for Franck Dorgelès Kouamé who saw his oat business climb from four (4) boxes to ten (10). As for Yves Arsène KOUAKOU, the help provided by GivHOPE Africa allowed him to give a boost to his web TV creation project.

Today, with radiant faces and serene eyes, these young entrepreneurs show their gratitude to the NGO and say that they are determined to ensure that GivHOPE Africa takes the leadership of NGOs in Cote-d’Ivoire in order to talk about its credibility in West Africa.

Slowly but surely GivHOPE Africa-CI is establishing itself in the Ivorian landscape and seizing every good opportunity to make people talk about it. Thus, in May, a dozen Muslim women received food donations to end their fasting period.

It should be recalled that GivHOPE Africa is an international organization which works for the withdrawal, rehabilitation and socio-economic reintegration of vulnerable groups, in particular street children, single mothers, displaced persons of war, school dropout children, young people and persons of the 3rd age.

Its headquarters are in Cameroon with branches in North America (Atlanta and Washington, DC).