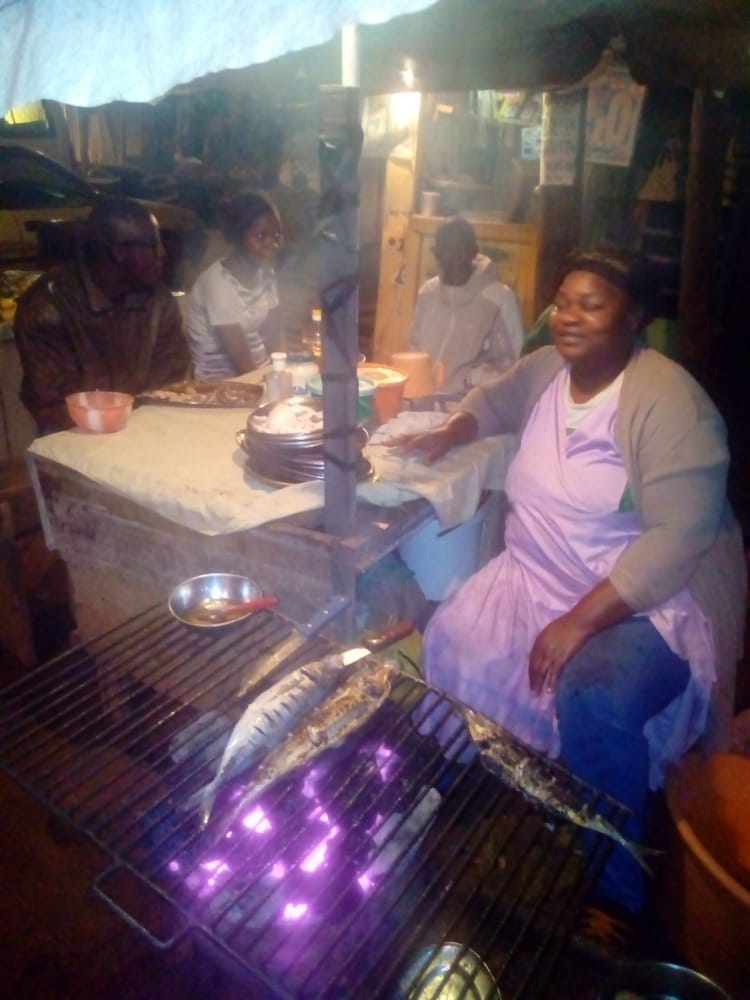 
Three months after disbursing 1.5 Million Cameroonian francs as post Covid-19 grant for Income Generating Activities (IGA) to 37 households from Mokolo, Azengue, Messa, Nkolbikok, Oyom Abang, Nkolso’o and Nkolnyada neighborhoods in collaboration with their Traditional Rulers last July, GivHOPE Africa has just launched a survey evaluation of its impact on the beneficiaries, most of who are elderly and physically challenged women.

The survey showed that out of the 37 families who received grants to either start a new business or to boost the existing ones closed during the pandemic, 80 % are doing very well, and they have moved from small business scales to real entrepreneurship. The first woman, Victorine, who is championing this batch of grantees in terms of results, has a capital of 1,000 US$ from 80 US$ equivalent she previously received on July 14 and has diversified her activities from groceries, smoked fish and firewood sale, to a wider range of raw whole food supply during the day at the main local food markets in Yaoundé and its environs and roasted fish on the braises in the evenings. Claude who also received 100 US$ in July has created a medium-size bar-restaurant with a starting capital of 800 US$ equivalent. Some of the remaining 20% have also expanded their activities and are moving bit by bit from the economic survival status to real small businesswomen and men, able to compete with their counterparts at the local level while others are still struggling to get back to normal due to unforeseen circumstances such as heavy rains and bad roads that hinder them from bringing their crops and goods from the farm to the city; but they hope to overcome these pitfalls during the dried season.

The survey also showed that almost all the grantees admitted that the grants helped them to put food on their tables, prepare their children back to school and care for their health. They are now enthusiastically looking forward to moving to entrepreneurship and are setting the tone for many others to join them.

This survey felt within the framework of Phase II of “No One Should Go Hungry during Covid-19” Project launched by GivHOPE Africa in 28 neighborhoods of Yaoundé during the Covid-19 outbreak that ran from March to late July, 2020 in Cameroon. Its outstanding results reassured both the grantees and the granter that the ground work and background check for the worthiness and readiness of each candidate prior to the grant handover were well done. Her Majesty, Widow Marie-Therese, said: “My people are very happy because they are doing very well with the money they received. Victorine is already a businesswoman for real. She is an over comer and she is showing us how to do business in a tough economic environment through diversification of her activities in order to put all the chances on her side”.

GivHOPE Africa responds to the needs of this vulnerable people with a multi-faceted approach in other to put all the chances of success on its side: It proposes that the Traditional Rulers be the ones to select the beneficiaries and to jointly sign their grant acceptance form. It also suggests that they base their selection on their populations’ morale upright and good governance management. GivHOPE Africa, in its turn, trains the candidates in capacity building, project management and monitoring techniques, including on its internal criteria selection that apply to all with no discrimination. Both the Traditional Rulers and GivHOPE Africa jointly look at the business nature, its size and its physical location among other considerations to make sure the most important parameters are being taken care off. This might explain the positive results this Phase II of the Project is getting among the grantees and are attracting more people into the Project. “We are encouraged by the results of this survey because the impact on the beneficiaries is more than what we expected. We see how engaged, empowered, determined and committed to become entrepreneurs they are, and we feel more motivated than before.” said Hélène Pieume.


As a matter of fact, about 1,000 households received the multiform donations in Phase I, 67 of them wanted to enter Phase II post Covid-19 program but due to the above-mentioned criteria selection, only 37 families were found credible, and they received more than 1.5 million Cameroonian francs for IGAs ranging from groceries, fruits, smoked fished, raw foodstuffs, fast food, bar-restaurant, to multimedia accessories, second hand items, firewood, charcoal and farming exploitation. Chief Ze Pascal said: “Corona virus has shaken us but with GivHOPE Africa grants, I can say without any doubt that our heads are bit by bit coming out the water”. Chiefs Bilongo and Onana told the team, to regret it, that the fact that their populations did not enter the race in July because they not available at the time of selection, jeopardized their economic recovery for which they must take up the challenge next time.

Should you want to show your generosity and compassion so that we be able to continue reducing extreme poverty among these vulnerable target groups and others to come, please go to GivHOPE Africa website at https://www.givhopeafrica.org and hit “Donate now” button or make your donation at GivHOPE Africa Benevity website at https://mygoodness.benevity.org/community/search?query=givhope&country=120 and follow the step by step instructions on how to pledge.